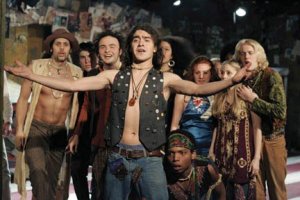 HIGHLY RECOMMENDED! “Director Danny Bernardo’s choreography works well within the constraints of the space…[this] production has an incredibly potent political message, while the attention to craft and detail makes it a stylish labor of love to boot.” -Nick Green, Chicago Reader

“But what makes this admittedly ragged, and low-budget, show extraordinary is director Danny Bernardo’s amazing, original, cliche-free choreography. For nearly three hours I couldn’t take my eyes off the stage, waiting to see what new way Bernardo would interpret this classic score.” -Jack Helbig, The Daily Herald

“Director Danny Bernardo has done a fine job of pacing the piece, and of acknowledging its period nature without allowing it to become quaint… What a piece of work this is.” -Kelly Kleiman, Aisle Say Chicago 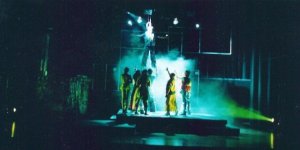 “Despite all the time references and de-construction of the basic gospel story…it remains as compelling as ever. Director Danny Bernardo inserted numerous updates to Godspell to give it currency… Its most extraordinary feature was that despite being artifice or make-believe, it stood and existed as a very moving non-performance performance that would likely have been the same if one person or ten thousand had been watching. ” -Bart Whiteman, The Chattanoogan